This week I was looking into an issue with Intune and conflicting policies. In our case the Device Restriction and the Software updates policy were in conflict. In this blogpost I want to share you how I did some troubleshooting and how I solved the conflicting policies.My first step was trying to look into the configured policies and looking for the policies which have a high percentage of error deployments.

I found the 2 policies (Device Restriction and Software Update) which had a lot of deployment errors. 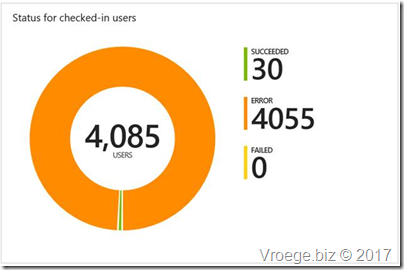 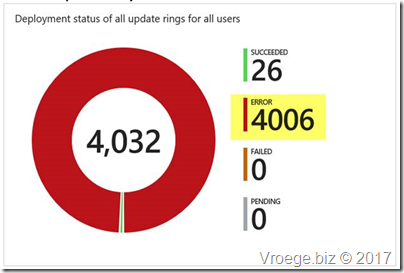 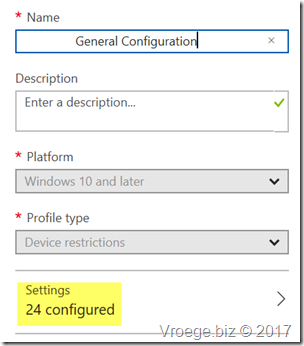 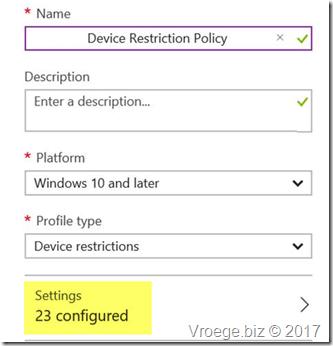 I don’t know what the root cause is of this issue but creating a new policy solved the issues.

UPDATE 05-12-2017: It looks like both the old and new policy now have 24 settings but only 23 settings are selected. I’m currently looking into this but the new policy is solving the conflict errors so it now looks like a cosmetic issue